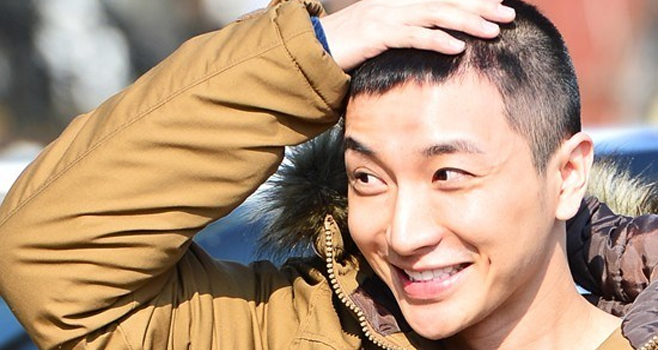 SBS’s variety talk show “Strong Heart” aired the “Goodbye Leeteuk” special on November 6. The show went on a little trip down memory lane and brought up his scandal with Kim Yuna, which was a very hot topic back in 2007. Leeteuk took the opportunity to talk about what really happened- an opportunity he didn’t have before.

“To be honest, what I said to figure skater Kim Yuna out of manners was turned into something totally different.” He went on, “Our group filmed a school uniform CF with Kim Yuna. We rested at the dressing room in between takes and Yesung was on the computer. She walked by and asked him what he’s doing. He was on Cyworld (similar to Facebook in Korea) and asked if she wanted to be friends so I also asked, ‘Lets be friends on Cyworld.’”

“I added her as a friend, but she didn’t accept.” However, people found out and an article was published the next day “Leeteuk faced humiliation by by Kim Yuna’s rejection.” It turned out that about 500,000 ELFs visited her website the next day after seeing the article. He said, “I was surprised and apologized on the radio, but the fans were still angry. That’s why I met up with Kim Yuna and apologized personally. Fortunately, she received my apology and responded that she was sorry. That’s how it dissolved.”

After revealing what happened during the scandal, Leeteuk sent Kim Yuna video message. “I would like to apologize once again. Work hard and I hope that you’ll be Korea’s bright light at the Sochi Olympics.”