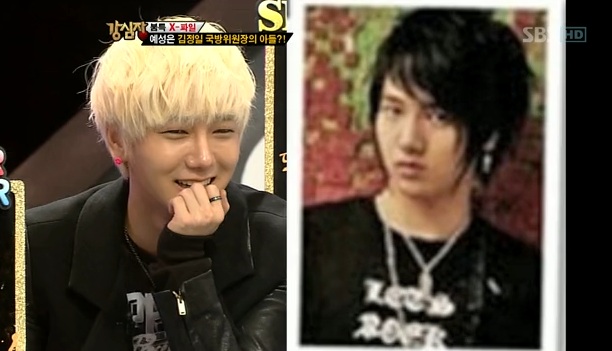 As the crowd started laughing in disbelief, Leeteuk brought out an actual copy of the article that indeed described Yesung as the son of Kim Jong Il.

Yesung explained, “At the time, my photo was shown on German and Swiss newspapers. I have nothing to do with this. But my real name is Kim Jong Un.”

Because of the same English spelling as the current North Koran leader (and the actual third son of Kim Jong Il) Kim Jong-un, Yesung’s photo apparently showed up as search results for the German and Swiss media, and they mistakenly used his photo instead.

“This photo is actually from our first single album’s jacket photo. My real father is running an optical store in Myung Dong,” he added.

Netizens commented, “I heard about that rumor too,” “He’s too good looking compared to the other Kim Jong Un,” and “I haven’t seen Yesung in a long time on TV.”