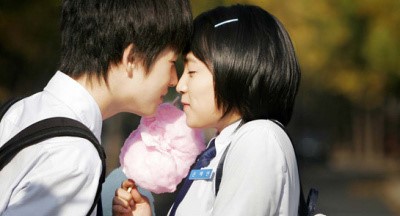 On the November 6 episode of SBS “Strong Heart,” actress Park Min Ji revealed the difficulties she had while filming the movie “Jenny Juno.”

Seven years ago when “Jenny Juno” was being filmed, Park Min Ji was 15 years old and played a role of a young pregnant teenager. At the time, she received a lot of attention for her realistic birth scene in the movie and also the size of her belly.

Park Min Ji explained, “I had to eat a lot to make my stomach look bigger and fatter. I ate all the time, two to three times the amount I would usually eat. I even cried because I was so full and had to continue to eat.”

Park Min Ji continued sadly, “As soon as I received the script and started acting, I couldn’t help but start to think I really was pregnant. Then I went through the birth scene. The acting itself wasn’t a big problem because it was a very short scene. But then afterward, I felt so empty; I felt like I lost a real baby.”

Meanwhile on this episode, Park Min Ji also shares a behind story of filming a nude scene.