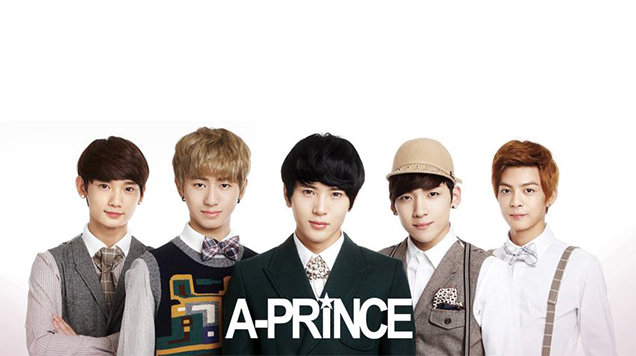 After releasing their pre-debut track “You’re The Only One“ four months ago, new boy group A-Prince has now made their debut with their first mini album “Hello.” Their dance version music video for their title track, also named “Hello,” was released today.

While this video features the group’s choreography, we can expect a regular version music video to be released soon. “Hello” is an upbeat pop track with a cheerful melody and cute choreography.

Managed by New Planet Entertainment, the group debuted last year under the name TAKEN while they were under Again45 Entertainment. Following a few member and management changes, they are now a five member group. Their members are Sungwon, Minhyuk, Seungjun, Siyoon and Woobin.