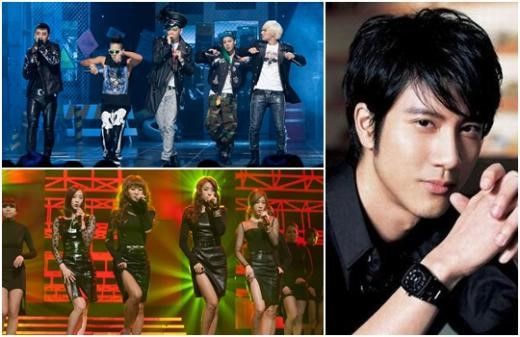 It has been confirmed that these artists will perform at the 2012 MAMAs, which will be held on November 30.

Big Bang released their fifth mini album “ALIVE” earlier this year with “Blue” and “Fantastic Baby.” They are currently in the US right now for their world tour.

SISTAR released hit after hit this year with “Alone” and “Loving U” and have taken their place as top idol stars in the K-Pop industry.

Wang Lee Hom is a singer and actor from the hit film, “Lust, Caution.” He writes and composes many of his songs and receives a lot of love from all over the world.

It has also been known that Psy and Super Junior will attend this year’s MAMAs as well.