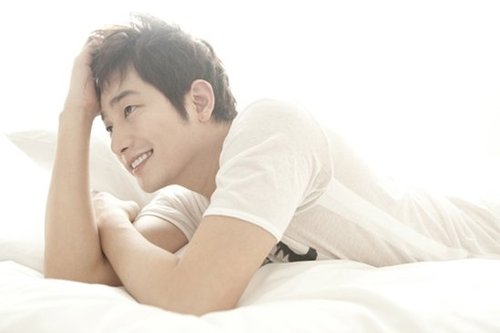 In his upcoming movie, “I Am the Murderer,” Park Shi Woo told 10 Asiae that he tried out acting for a new character. Come to think of it, Park Shi Hoo always has played different characters in his dramas. In one drama, he acts as an immature grown-up male and in another drama, he is most manly and handsome!

When asked how it felt to see himself on screen, he said, “Satisfied (Laugh). It could probably be because of the lights, I looked sharp and handsome. I was worried because I never had the chance to see myself on a big screen. I liked how all the light effects helped to emphasize my character.”

He added, “I wanted to try out something that would give a great impact to the audiences. That is why I chose murderer character. I wanted the audiences to see me as an actor Park Shi Hoo not by a drama character. Also, the movie has a twisting ending. I liked that very much.”

He also talked about where he’d like this movie to take him in his career. “I don’t think that this movie will make me world famous, yet through the movie, I hope more acting opportunities to open up. I believe ‘I Am the Murderer’ was a great choice as my first appearance in a film. I hope the audiences would say, ‘The movie to feature Park Shi Hoo was a great choice!'”

He also shared his feelings about being recognized on the street, as he said, “It was great! I used to get jealous of other actors when their fans came all the way to the studio and cheer for them. It has been 10 years since my debut, and my fans come to cheer for me now. I am very pleased.”

Park Shi Hoo
KPLG
I Am the Murderer
How does this article make you feel?