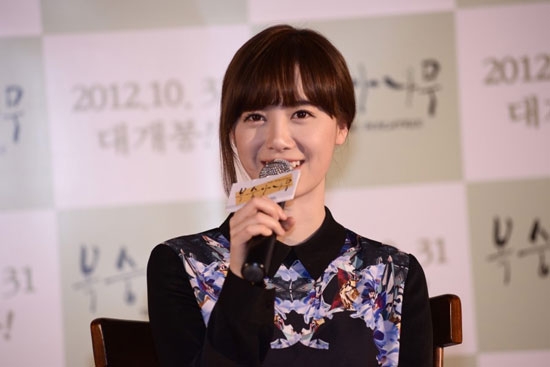 “Peach Tree” is Goo Hye Sun’s second feature film after her debut feature, “Magic.” The film portrays a story about siam twins who has never encountered the world for 30 years. Jo Seung Woo, Ryu Duk Hwan, and Nam Sang Mi are starring in the movie.

Previously, Goo Hye Sun garnered much attention for winning awards at Busan International Short Film Festival and Japan’s Short Shorts Film Festival & Asia with her debut short film “The Madonna.” With “Magic,” she was invited to and nominated for the 23rd annual Tokyo International Film Festival in Asian Films category. With her granted invitation to BIFFF, Goo Hye Sun proved her potential in the international film market as a director once again.

She did not only direct the film “Peach Tree,” but also wrote the movie’s main soundtrack and published a novelized of the film, written from a different perspective than the one in the film. She is currently spending her busy days promoting “Peach Tree.”