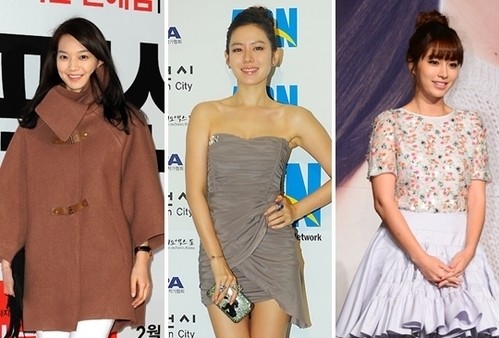 When Shin Min Ah announced that she will be joining a brand new entertainment agency O& Entertainment, where her old manager and staffs who she’s worked with for 6 years established, other actresses who’s stayed loyal to their agencies and agents started to garner attention once again. In the midst of greedy entertainment business and many celebrities who move from one agency to another, chasing after a bigger paycheck, their loyalty is certainly something to be appreciated.

Son Ye Jin recently renewed her contract with MS Team Entertainment, where she has been working with for the last decade or so. For top-class celebrities like Son Ye Jin, agencies usually pay a type of down payment upon signing a contract, but Son Ye Jin and MS Team Entertainment did not bother with technical details as such. Such decision was made based on Son Ye Jin’s trust of and friendship with the CEO Kim Min Sook. When they renewed the contract, the agency thanked Son Ye Jin, “She’s made a concession for us and we are very thankful to her for that.”

Other actresses like Jeon Hye Bin and Han Hyo Joo also renewed their contracts with their current agencies, Namoo Actors and BH Entertainment, without making much revisions in their original contracts. While so many celebrities are going from one agency to another for more money and bigger fame, celebrities like Son Ye Jin and their loyalty to their staffs, friends, and colleagues set a good example for others.