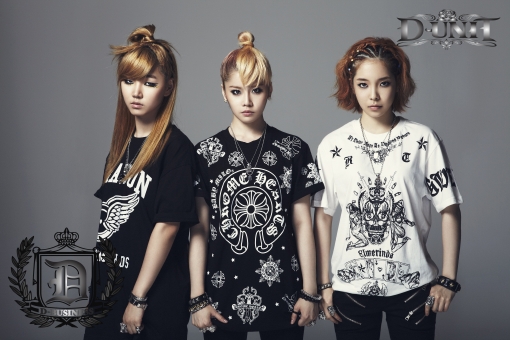 Rookie girl group D-Unit‘s most recent music video “Luv Me” is garnering much attention overseas. D-Unit’s “Luv Me” music video was released on November 7. Within the first day of release, the video reached 900,000 in viewership on China’s biggest music video site, Yinyuetai.com.

Oddly, D-Unit is gaining popularity very quickly overseas even before they had a chance to really establish themselves in Korea. D-Unit held a fan meeting and an autograph signing event in Japan before their official debut in Korea. They also had a chance to conduct very detailed interviews with French and German media.

Their most recent title song “Luv Me” is produced by Rain‘s producer C-Luv and YG’s DM, mixing rock and hip hop genre to sing about love. After the promotion of “Luv Me,” D-Unit plans on making some changes in their members. Domestic and international fans are anticipating to see who the new member is going to be.

D-Unit made their come back on Mnet “M! Countdown” on November 8.