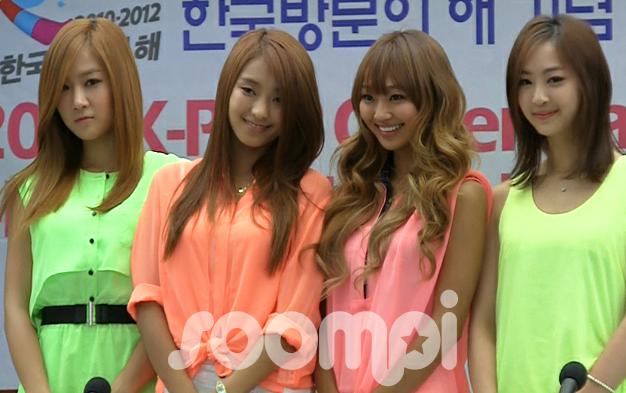 On November 7, “Sistar” were appointed the ambassadors for the “2012 Hope TV SBS.” At the production presentation that took place in Seoul Mok-Dong SBS building, they received the letter of appointment from the director Yoon Suk Min.

“Hope TV SBS” is a worldwide charity program. It started in 1997 as the “Third World Experience 24 Hours” and was renamed in 2006 as “SBS Hope TV.” The program involves helping children in third world countries such as those in Africa.

Every May, November, and December, the program participates in charity works within Korea. A special five year project of building 100 schools in Africa will be the new goal of “2012 Hope TV SBS.” This program attempts to help those in Africa to be able to grow via education, rather than become dependent by simple supplies of food and clothing.

SBS
SISTAR
KPLG
hope tv sbs
How does this article make you feel?