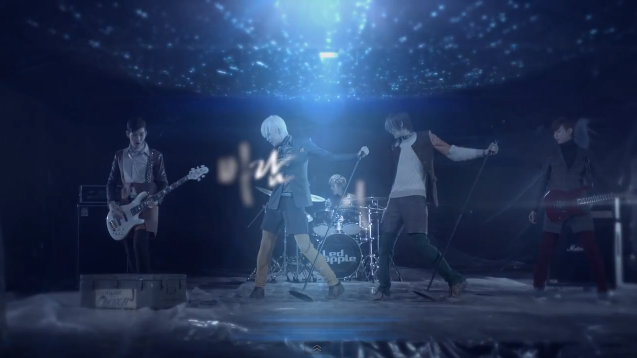 With pop-rock band LEDApple set to release their new digital single “Let The Wind Blow” next week on November 16, they have revealed their music video teaser.

In the teaser we see mysterious people in suits bring the group members to an abandoned hospital covered in plastic. Through various electronics, the group comes back to life and is controlled to preform. While we get a pretty good look at their new concept, we only get to hear about ten seconds of the song from the teaser.

The group last promoted their mini album “Run To You,” which was released in July.