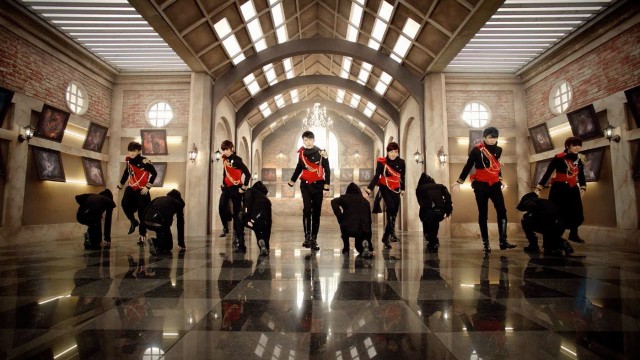 Response For Boyfriend’s Comeback Is More Than Just “Great”

By wearing brightly-colored outfits of red and gold along with eccentric accessories, the members chose to show off a mannish look as opposed to the cutesy image they used to opt for in previous performances since their debut.

The group also performed a “mirror group dance” with 6 other back dancers. This dance routine was most favored by their fans and became one of the trending news of the internet immediately after their show.

Their agency Starship Entertainment announced, “Boyfriend will reveal another aspect of themselves through this new album. Especially the ‘mirror group dance’ is absolutely fantastic and charismatic so count on them to bring you the best performances.”

Boyfriend
Starship Entertainment
KPLG
Janus
How does this article make you feel?