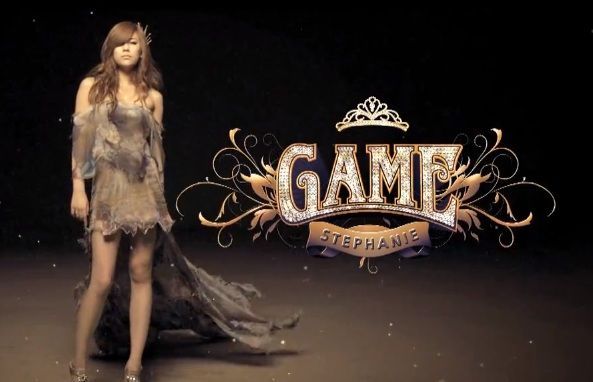 Interview with Stephanie of CSJH The Grace

Stephanie from SM Entertainment’s girl group “The Grace” has been away from the spotlight for five years. Now, she is back and opened up about her injury, her love for dancing, and The Grace in an interview for Star News.

Her voice has improved and she has sharpened her choreography. She’s so glad to come back to the stage that she could cry. To her, passion is more important than ambitious dreams or goals. The time spent away from the stage has only increased her passion and joy. “I will devote my whole self to dancing and singing” she promised.

The last five years have been turbulent. In 2008, after promoting in Japan with her group, she seriously injured her back and spent the next two years in America rehabilitating. For someone whose life revolved around dancing, it was a shocking incident. However, it was dance that gave her the strength. After a visit with her previous ballet instructor, she decided to go back to ballet. She joined the Los Angeles Ballet Company and studied dance in Korea Arts University.

“Even though I had not fully recovered, I wanted to challenge myself. Without dance, my life is meaningless. Fortunately, there were people who supported me to make a comeback, and I could perform the way I wanted to.”

Since the journey was so difficult, the stage became precious to her. As a collaboration between SM Entertainment and Media Line Entertainment, they produced her solo album, “The New Beginning.” It was the first time producers Lee Soo Man and Kim Chan Hwan worked together.

The title song “Game” reflects producer Kim Chan Hwan’s unique and appealing style and highlights Stephanie’s vocals and dancing abilities. Stephanie not only choreographed the song but designed the album cover and her wardrobe. In the choreography, she combines modern sexy dance moves with difficult ballet technique to create her own signature choreography.

“I was thankful that people let me make the song my own. I was burdened that this was the first time SM Entertainment has collaborated with another company. Because everything from the lyrics to the music was put together with me in mind, I passionately gave it my all.”

Because it has been awhile since Stephanie or The Grace has performed, rumors of the group’s comeback have been brought up. While Stephanie had been preparing for her solo debut, her fellow members have been active. Lina was in the KBS drama “King’s Dream”, and Dana and Sunday released an album as the subunit “The Grace – Dana and Sunday.” When asked if the group has been disbanded, Stephanie answered, “Right now the members are pursuing their own activities.”

“The New Beginning” is the combination of producer Kim Chan Hwan’s work, singer Kim Gun Mo’s chorus, and Stephanie’s dancing. She dreams of regaining her title as “Dancing Queen” just like back in the day when she was “Cheonmu (Heavenly dance) Stephanie” of The Grace.

“My resolution? It is the same as five years ago: To enjoy the burden of being a performer.”