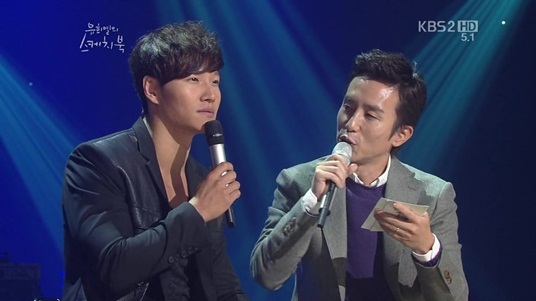 Singer Kim Jong Kook gave the reason behind his new talkative image. He appeared on KBS’ “Yoo Hee Yeol’s Sketchbook” to promote his new album, “Men Are Like That.”

On the show the MC Yoo Hee Yeol teased him, “You really did become more talkative.” To which Kim Jong Kook replied, “After spending time with Yoo Jae Seuk and other talkative people, I became more like them.”

Kim Jong Gook also made some unexpected remarks about being in a relationship. “When I get a girlfriend, I am all in. If need be, I even do ‘aegyo’.” However, he also revealed that he does not say “I love you” often.