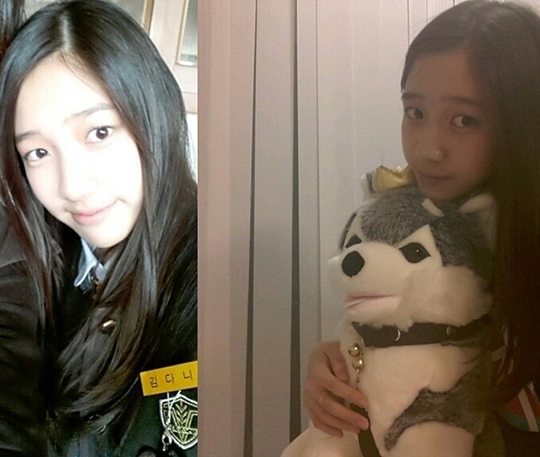 T-ara’s Dani Shows Off her School Uniform with Brownie

Girl group T-ara’s member Dani showed off her school look. The pictures she released were taken at the set of KBS’s new drama “School 2013,” which will air its first episode on December 3. In the photos, Dani is wearing a school uniform. With her long hair and flawless skin, she looks innocent and lovely.

In this drama, Dani will be playing a role of a shallow school girl who is only interested in looks. Dani stated, “I have never worn a school uniform before. I am having so much fun shooting this drama. It really feels like I am attending this school. I always carry Brownie with me wherever I go.”

Fans show saw these pictures replied, “She is so cute,” “It looks like she isn’t wearing any makeup but she still looks pretty,” “So young and innocent,” “You must be a fan of Brownie,” “I am really looking forward to “School 2013,” “Good luck with your acting.”

KBS
T-ara
Dani
KPLG
brownie
School 2013
How does this article make you feel?