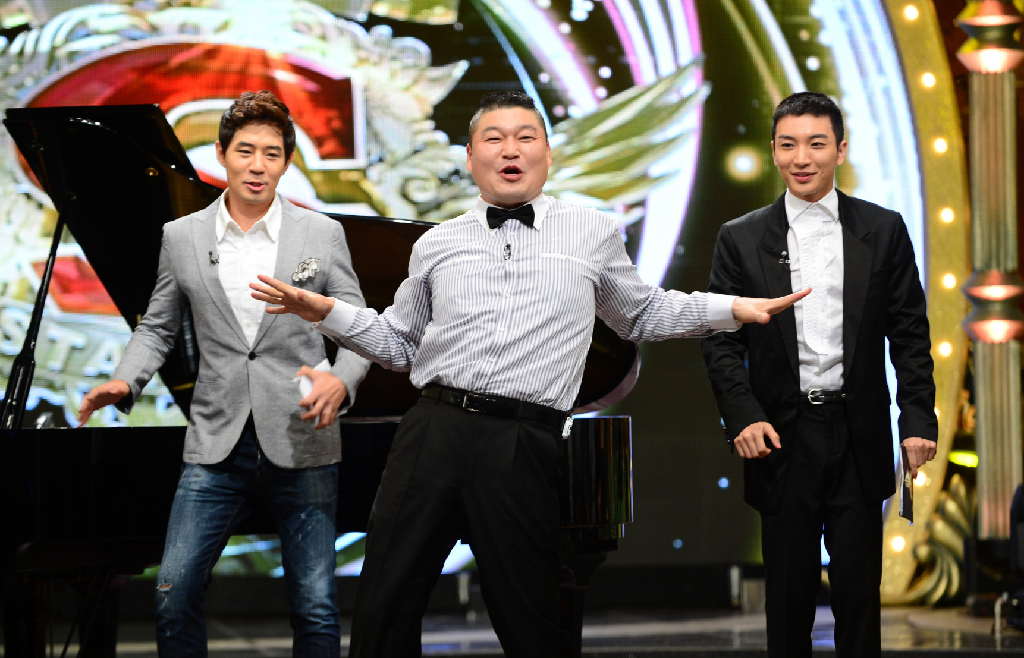 On the episode of SBS’s “Star King” that aired on November 10, MC Kang Ho Dong made his comeback.

During this show when “Little PSY” Hwang Min Woo asked him to show his version of PSY’s “Gangnam Style” horse dance, Kang Ho Dong at first hesitated. But then when the music started, Kang Ho Dong was able to amuse everyone by dancing. It was especially memorable since with his not-so-small body frame, his dance appeared exaggerated.

In response to his horse dance, MC Boom joked, “What a jump. Our pig can really dance.” Kang Ho Dong seemed embarrassed with all the attention.

This episode was the first appearance of Kang Ho Dong since his temporary retirement in September 2011due to his tax evasion controversy.