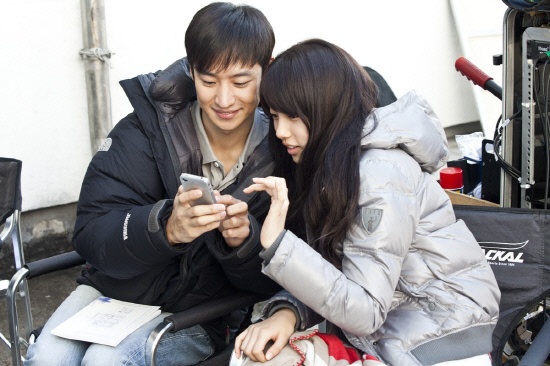 miss A‘s Suzy recently revealed the real reason why she sat all alone at the 2012 Grand Bell Awards.

On the episode of KBS 2TV’s “Invincible Youth 2” that aired on November 11, Suzy spoke about the 49th Grand Bell Awards that were held on October 30 and a hidden story behind that night.

On this night, Suzy drew eyes for gracing the red carpet with her off-the-shoulder, white dress that made people think of a graceful swan. Boom started off by saying, “I watched the Grand Bell Awards and you really looked like a swan in that dress. But usually, actresses sit with their other male co-actors in the audience and talk to each other throughout the night. But Suzy, you were sitting all by yourself.”

Then Suzy replied, “My co-star Lee Jae Hoon from ‘Introduction to Architecture‘ recently enlisted into the army so there was nothing I could do. The other actors and actresses couldn’t make it either. I was really lonely.”

Meanwhile, “Invincible Youth 2” has unfortunately announced that the show will be ending in the near future.