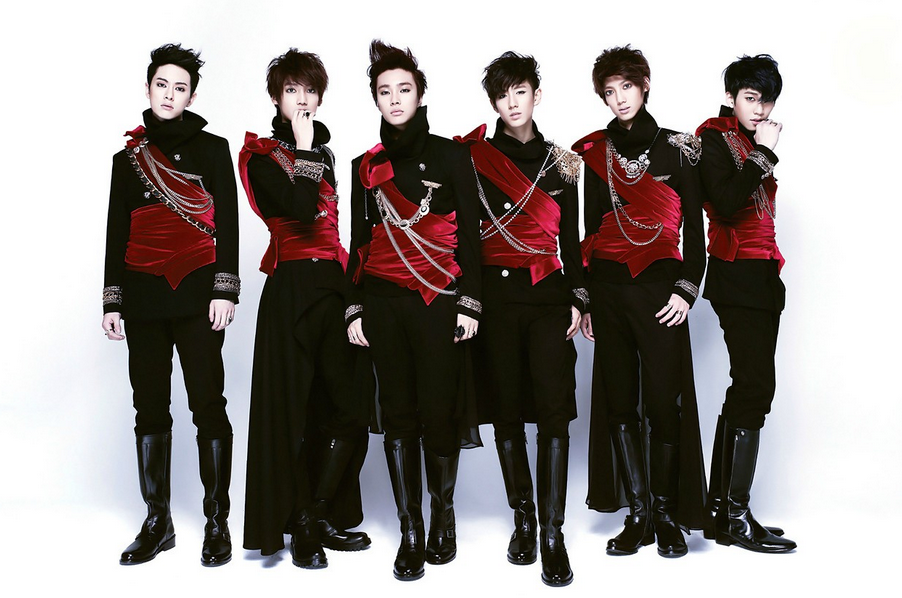 Boyfriend was recently spotted enjoying some street food in their stage costumes. Apparently the photo was taken after one of their music show performances over the weekend. Dressed in the “Janus” costumes, the guys are seen walking out and eating some late night snack at a pojangmacha near the broadcasting station. Many observed that the boys looked like little princes in their regal white and red costumes.

Netizens who’ve seen the photos commented, “They’re eating tteukbokki while wearing white? Wow,” “They look so hungry,” “It looks like a photo spread,” “I wish I could have been at the pojangmacha,” and more.

Boyfriend released their first full album “Janus” online on November 8. However, their offline release date has been pushed back to November 14 due to production issues. It’s been reported that 30,000 copies of their album had to be discarded.

Boyfriend
KPLG
Janus
How does this article make you feel?