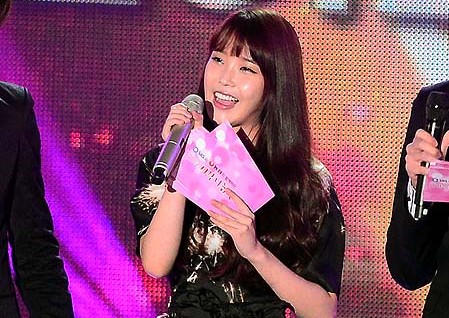 In a surprising turn of events, numerous support messages are being posted on IU‘s fan club.

After the recent IU and Super Junior Eunhyuk‘s selca scandal, netizens have been reacting strongly, even going as far as to create an “I-JinYo” (“We Demand The Truth From IU”) cafe. However, IU fans are showing strong loyalty for the artist as they are leaving support messages on her fan cafe. In just 12 hours, over 700 messages were posted, showing IU’s strong fandom.

Usually, when a scandal of this nature occurs to a celebrity, it’s common to see the number of members of their fan club decrease. However, it’s the opposite for IU as members increased in her fan club.

IU had previously been acknowledged as one of the most fan-friendly celebrities since she checks up on her fan clubs and leaves replies for many of her fans’ posts. It seems like her long-time warmth toward her fans helped them keep their loyalty and prevented them from leaving the club.

Other netizens who heard of this news commented, “I guess you reap what you sow. She must have treated her fans very well,” “This is somewhat heart-warming. I hope the IU fans are being comforted,” “Fans are so warm. I guess this is why you should always be good to your fans,” and more.

IU
Eunhyuk
KPLG
How does this article make you feel?