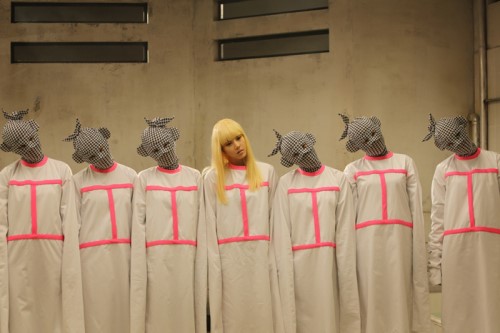 The first time these characters were revealed was by Son Dam Bi before the release of the music video for her new song “Tears Falling.” On her Facebook, Son Dam Bi uploaded a photo along with a short message, “Let me introduce my strange alien friends.” In the picture are Son Dam Bi with long blond hair and six people in bizarre suits and masks. They are all leaning sideways, creating an odd atmosphere.

Netizens wondered who or what these characters were, and recently they received their answer. It turned out that they are the dancers that appear in Son Dam Bi’s new music video.

Meanwhile, Son Dam Bi’s first official performance of her new song “Tears Falling” will occur on November 15 on the “Mnet Count Down.”

Son Dam Bi
KPLG
tears falling
mnet count down
How does this article make you feel?