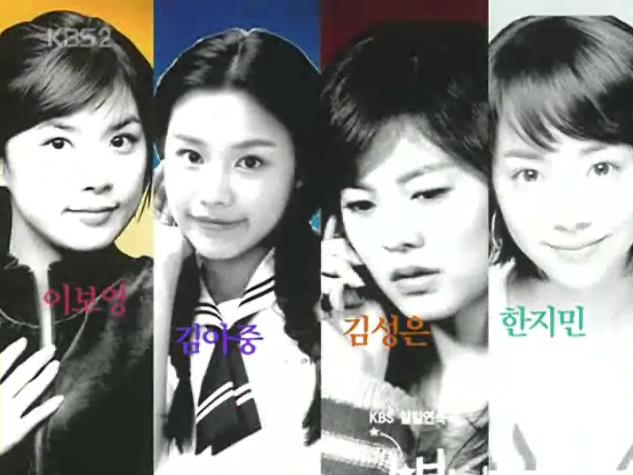 A video clip and screen shots of Han Ji Min, Lee Bo Young, and Kim Ah Joong before they became famous have recently been dug up and released.

An online community put up the video and images with the caption “Han Ji Min, Lee Bo Young, and Kim Ah Joong Shake Their Hips to Jewelry When They Were Rookies.”

The clip is a performance from the “2005 KBS Drama Acting Awards.” The rookie actresses of that time performed Jewelry’s hit “Superstar.” Han Ji Min, Lee Bo Young, Kim Ah Joong, and Kim Sung Eun sing the song (including a rap bit) and dance a little.

The actresses are recognizable but also look strikingly different than the beautiful goddess images they have now. Lee Bo Young looks innocent and her voice is sweetly childish. Han Ji Min’s eyes are bright, and although her voice is clear she seems to be a little behind on the dance moves. Kim Ah Joong sways back and forth, showing off her long legs in a short skirt. Kim Sung Eun performs energetically in her singing and dancing.