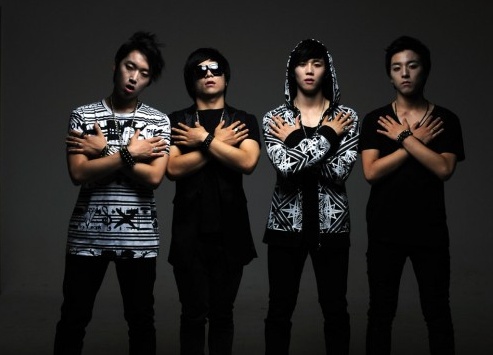 Wonder Boyz: “If The Taxi Driver That Hit Us Does Not Apologize, We Will Sue”

On November 15, Wonder Boyz – a new K-pop male group formed by Kim Chang-ryul of DJ Doc stated to the press, “Unless the taxi driver who was responsible for the hit-and-run comes forward to apologize, we will sue.”

On a phone call with OSEN news, Wonder Boyz reported,”Earlier today while the Wonder Boyz members were still crossing the crosswalk, a taxi driver sped through as soon as the light turned green and struck several members. No one was seriously injured, which is a relief- but it was not right for him to continue driving without so much as giving an apology for causing an accident. We have not began the process of filing a lawsuit, but we have received confirmation from the police that they have all the information they need to track down the taxi driver from the scene of the accident.”

Kim Chang-ryul, also took to commenting on the entire ordeal on his twitter,”Today at approximately 8am in the morning, the Wonder Boyz members were crossing the crosswalk when they were involved in an accident with a taxi driver. Young Boy, who was struck by the taxi, turned to the driver’s window and apologized. I am simply infuriated by how this whole situation was handled by the person at fault. Luckily none of the boys were seriously injured, but how can the taxi driver flee the scene without so much of an apology? I don’t know about what you all think- but for the sake of having some kind of conscience, an apology is in order- so whoever you are, we demand an apology. If no apology is made before tonight, we will definitely be filing a lawsuit against this individual.”

DJ Doc
KPLG
Wonder Boyz
How does this article make you feel?