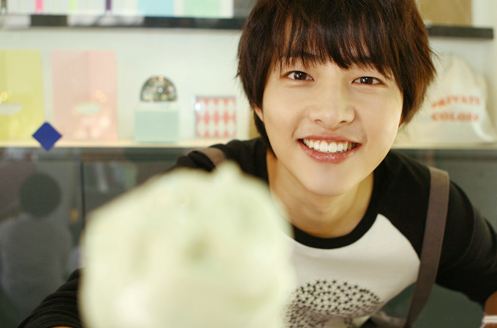 The KBS’s “Quiz Korea” revealed some of actor Song Joong Ki’s pictures when appeared on the as a university student guest back in 2006. This year marks the program’s 10th year anniversary.

Song Joong Ki’s handsome looks were still present as ever and even went on win second place. Immediately after the show, he became the “Sungkyunkwan University Ulzzang” and students had even started to launch a fan café for the actor. It was a somewhat unpredictable and smooth way of preparing for Song Joong Ki’s acting debut.

At the end of the 2006 episode, the actor said, “I was urgently replacing someone who was supposed to be here but couldn’t come. Fortunately, before coming here, I read the newspaper and luckily I won second place.”

Song Joong Ki is currently filming the KBS2 drama “Nice Guy” and on the 15th, the last episode of the series is to be aired.