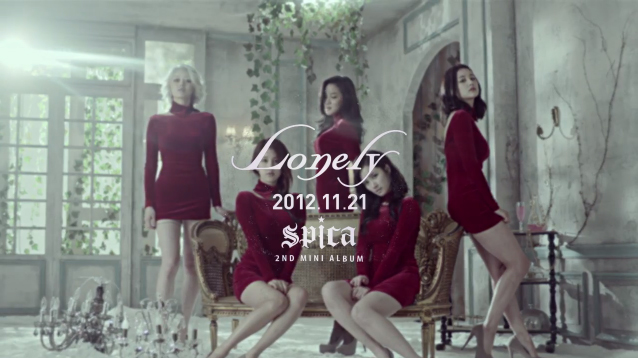 “Lonely” will be the group’s second mini album and will be released on November 21. From the teaser, it seems that the girls are going back to a mature sexy concept.

It has been a very busy year for this five member rookie group. Created by B2M Entertainment, SPICA debuted in January with their prologue digital single “Potently.” They soon followed up with “Russian Roulette” and “Painkiller.” More recently, they finished up promotions of their upbeat pop track “I’ll Be There” last month.

What do you think of their new concept?

B2M Entertainment
SPICA
KPLG
B2M
How does this article make you feel?