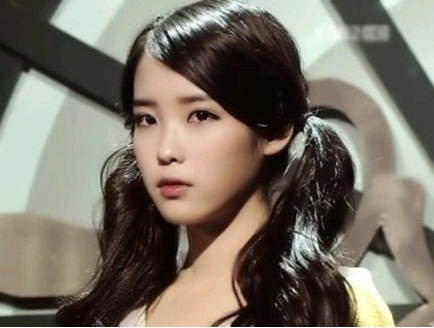 Singer IU is no longer considered the number one “Nation’s Little Sister” due to her photo scandal with Super Junior’s Eunhyuk.

According to a survey of 822 on the mobile app “Add Pang Pang”, Moon Geun Young has reclaimed her title as “Nation’s Little Sister”. She beat out candidates such as IU, Son Yeon Jae, Kim Yuna, and Suzy.

The survey went from October 29 to November 5, and while originally IU was leading the survey with 27.7% of the votes, after her scandal with Eunhyuk she dropped down to 14.4% in the second round. The drop in votes shows that the scandal has affected IU’s popularity.

Son Yeon Jae held her second place in both rounds of the survey but amongst the voters in their 30s, she was number one.

CF Queen and Olympic Gold Medalist Kim Yuna had been widely considered the “Nation’s Little Sister” for some time but now it seems her time has passed. She ranked fifth among all the age groups.

It’s interesting to see how the different age groups voted. miss A’s Suzy ranked number one amongst teenagers. Oddly enough, Moon Geun Young won first place amongst her own age group, the 20s. As mentioned before, Son Yeon Jae won the hearts of the voters in their 30s.

Although IU may have dropped in popularity among Koreans in their 20s, she still came in second place with 25.4% of the votes amongst teenagers. This is a good indication that IU has not completely lost her popularity and her fandom is still going strong. In fact, her fan club has even seen an increase in members.

Who do you think is the “Nation’s Little Sister”?