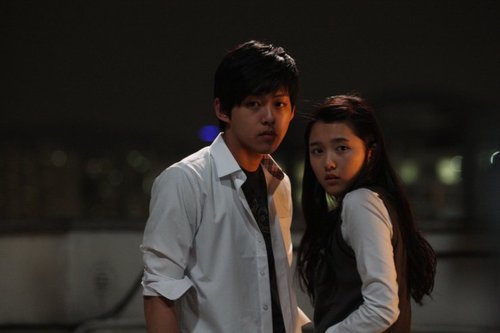 On November 15 during the promotional conference for the new film “Don’t Cry Mommy,” group U-KISS’s member Dong Ho revealed his anger towards the sexual predators. In this movie, Dong Ho plays the role of a student who sexually assaults a female student who has a crush on him.

During the discussion, Dong Ho stated, “Even though it was just acting, I still felt horrible at what my character did in the movie to actress Nam Bo Ra. I can’t help but be furious at those people who hurt others but don’t even know that they have done wrong.”

He continued, “I cannot believe how people can do such horrible things and don’t even feel remorse. I realized how serious this problem is, and I hope it can change. After watching this movie, I hope people will say that this is a must-see movie, rather than a fun-to-see movie.”

Meanwhile, film “Don’t Cry Mommy” tells a story of a mother who lost a daughter who was sexually assaulted.