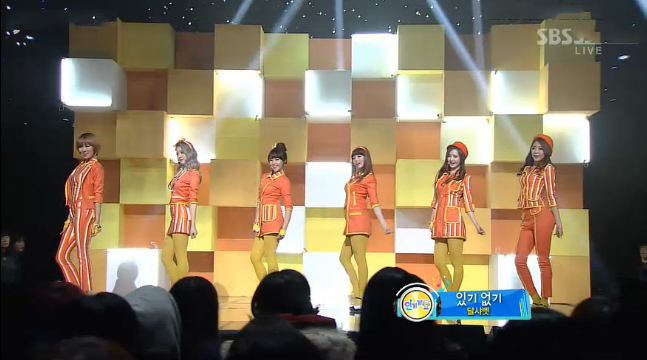 Dal Shabet Performs “Have, Have Not” for Inkigayo Comeback Stage

Girl group Dal Shabet makes their comeback this week with their new mini album “Have, Have Not.” Today they performed their Inkigayo comeback stage, completing their first weekend of comeback performances.

Earlier this week they released two versions of the music video. The “Have” version and featured “Reply 1997‘s” Lee Si Eon, and has a retro disco concept and feature neon colors along with bright lights. The “Have Not” version was a more comical version at a market and featured Jungtuk and the Cheerful Men from Superstar K4.

They also had a special recorded song today.

Dal Shabet
SBS Inkigayo
How does this article make you feel?