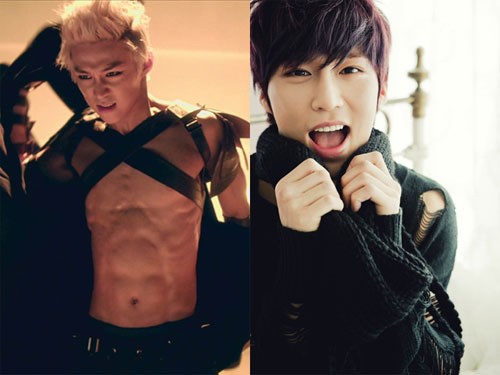 Rookie group A-JAX made a drastic change from their previous bad boy image in a new pictorial.

On November 15, the group put up the jacket pictures on their homepage for their new album “2MYX”. The group who originally went with the bad boy image will change into the softer “Milky Men” that will surely excite their fans.

In the pictures, the boys look soft and demure wearing their loose knits and cardigans. If they were bad boys before, they made the 180 degree transformation into innocent soft men for this pictorial.

A-Jax debuted this past June with the single “ONE 4 U” with the warrior concept decked out in leather. With this drastic change in image and their handsome pictures, A-Jax is already receiving a warm and excited response from their fans.

A-Jax makes their return with “2MYX” which is said to be a response to Girls’ Generation’s “Run Devil Run.” Check out their comeback here.

Girls' Generation
A-JAX
KPLG
How does this article make you feel?