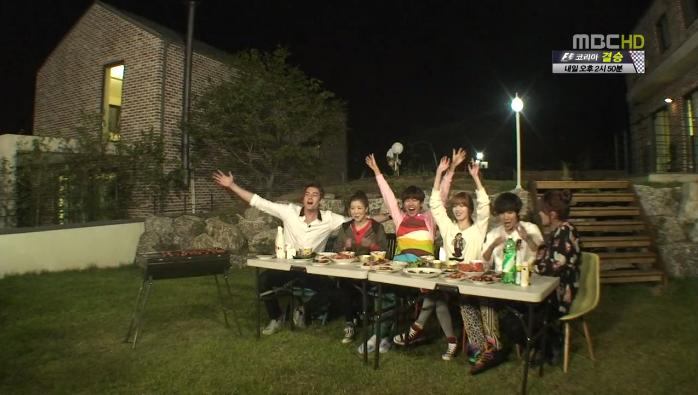 On MBC’s reality show “We Got Married Season (aka WGM)” that was broadcasted in the afternoon of November 17, all the couples were given a telepathy test to assess how close they are emotionally to their respective spouses.

In this episode, the couples visited an amusement park to celebrate Halloween. After visiting a haunted house, all the men went to the washroom. Then instead of returning to their wives, they decided to play a game.

The husbands first sent their wives text messages that stated that each husband will be waiting for his wife in front of a particular ride out of three options. They then asked the wives to find their husbands by telepathy.