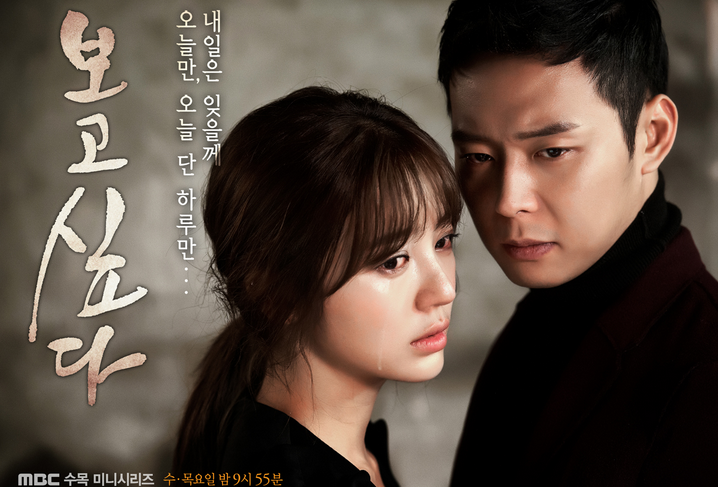 Yoon Eun Hye will make her grand appearance on new drama “I Miss You” this week! On November 19, MBC unveiled a new teaser still of the actress from the upcoming episode of the series.

Fourteen years later, Lee Soo Yeon returns as fashion designer Joy, leaving behind her painful memories. She’s confident and charismatic, making it almost impossible to find traces of the abused little girl she used to be.

“I Miss You” is described as a traditional melodrama about first love and stars Park Yoo Chun, Yoon Eun Hye, and Yoo Seung Ho. In the series, Park Yoo Chun plays Han Jung Woo, a homicide detective with a pleasant personality. He holds a painful memory of his first love and his regret of not being able to protect her locked deep inside his heart. Yoon Eun Hye plays Lee Soo Yeon, Han Jung Woo’s first love and the daughter of a murderer. The two fell in love at the tender age of fifteen but had their love snatched away from them. They continue to live their lives, keeping their broken hearts and true feelings hidden. Yoo Seung Ho will rival Park Yoo Chun for Yoon Eun Hye’s affections as the cold-hearted Kang Hyung Joon. He’s described as a man of vengeance behind his gentle demeanor.