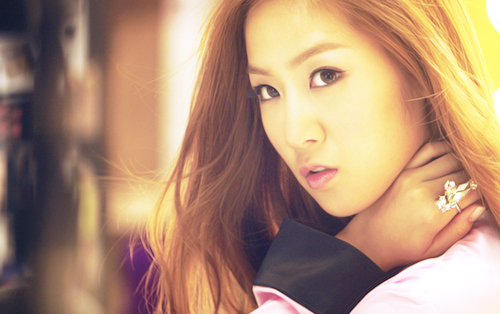 Sistar’s Soyu had a chance to sit down with Star Column for an interview.

Click here to read Part 1 of Soyu’s Interview: “I Received My Beauty License in Middle School”

For someone who loves food and makes traveling to find different tasty restaurants as a hobby, the concept of “diet” for girl groups was like a war. I have my diet know-hows now, but it was really hard during my trainee years when I didn’t know anything and starved myself. *Cries*

I have one episode regarding “diet” during my rookie year. It happened on the set for our debut track “Push Push” music video. At that time, all the members were on a diet. The filming went on til the early morning and there was a food delivery. The members were hungry and tired after filming for 12 hours and we were tempted by the “egg toast.” ㅠ_ㅠ We took one without anyone knowing and shared it in the bathroom. I will never forget the taste of that toast for the rest of my life. (The taste of the toast we had in the bathroom..)

# My Diet Revealed!
There was a time before when my “quick weight loss” was big news. A lot of people around me asked for pointers. To be honest, there’s nothing special. It’s just that I found a workout and diet plan that works for me. It’s really good not just health wise, but mentally to find a diet plan that works for you. But there are a few tips I can share that will work for everyone.

I’m the type who takes diets seriously. It’s important to not eat a lot of salt. (Five stars) Lowering the sodium intake will help a lot with the diet and lessens the body swelling. Eat less salt and eat more food closer to mother nature.^^

Another tip is to take a picture before you start your diet and to take pictures during the process. It helps you feel better when you see the small changes in your body. Also, write a diet journal. I would write what I ate, my workout that day and how I feel in the diet journal. It’s important to record how your body is doing as well. That way, you’re able to catch whether you’re experiencing dizziness and early symptoms of unhealthy habits. If so, you can stop the diet for a bit and rest. Leaving a detailed record of your diet will help you to start the process again when you recover!

Also! You can’t leave out exercising when talking about diet. I tend to work out the whole body and circuit training best works for me because it raises my heartbeat and also has a cardio effect. It’s important that you work out regularly. I would work on my buns and thighs before going up to perform on stage. I would place my hands flat on the wall and raise my leg backwards for the buns and would sit on an invisible chair against the wall to tighten my legs. After a light workout, my body line comes out well on stage.

Lastly, the hardest thing during a diet! It’s hunger pains. ㅠㅠ I drink a lot of water to ease my hunger and also prepare a special boxed meal to help pace my hunger. Fruits and vegetables with a lot of water (like cucumbers) and chicken breasts satiates hunger. Critical meal for the first week of dieting is protein and vitamins! The following week would be to slowly up the protein and carb intake. There’s also a sad outcome from dieting. It feels like I became an outsider. I meet up with people less and sometimes with the members as well to diligently eat healthy meals. It’s because if I’m with them, I can’t fight my temptations.. Aigoo ㅠㅠ Fans are sometimes worried when I’m a little distanced, but people don’t misunderstand. ^^

SISTAR
SoYu
KPLG
How does this article make you feel?