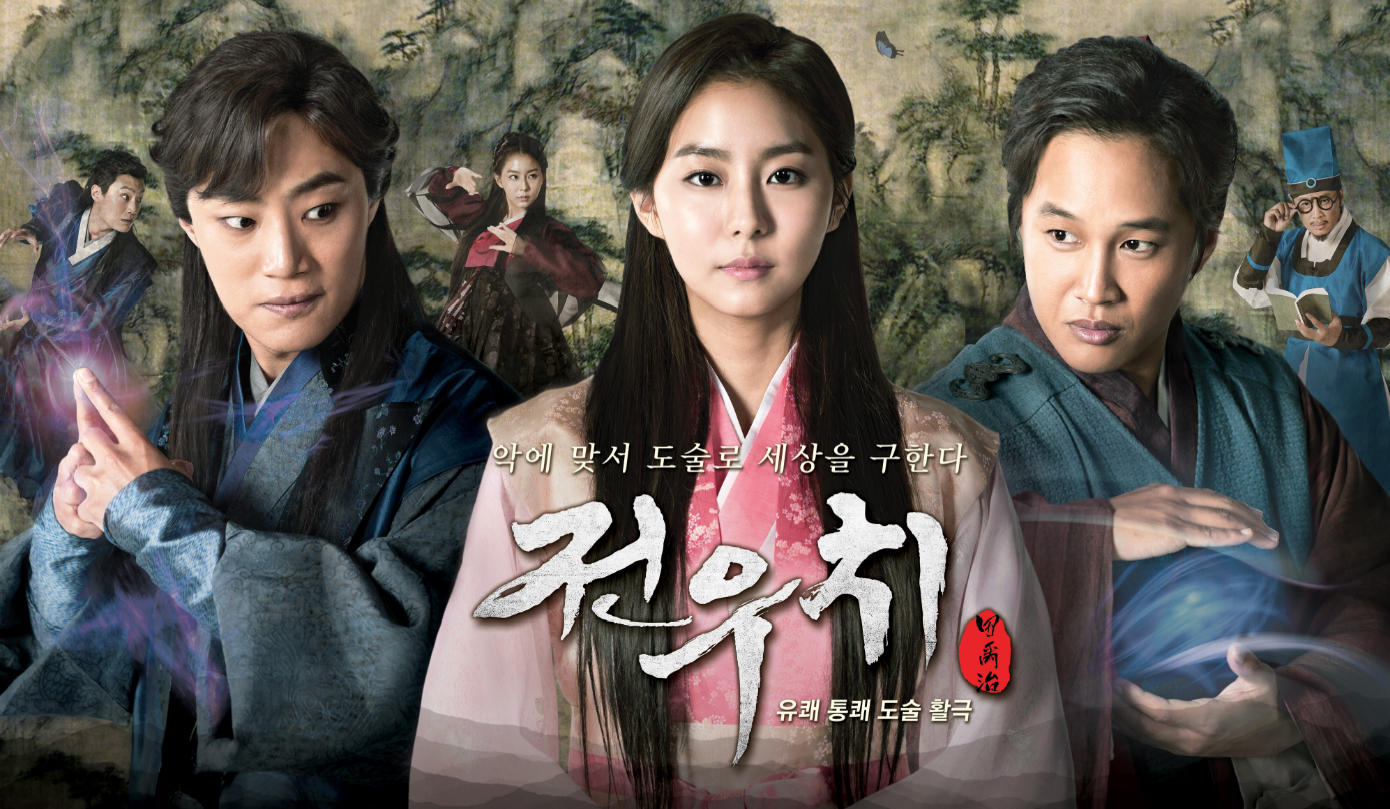 “Jeon Woo Chi” : Get a Peek into the New Series Starring Cha Tae Hyun and UEE

Now that Song Joong Ki and Moon Chae Won’s “Nice Guy” is over, KBS is gearing up for its newest drama “Jeon Woo Chi.” A remake of the popular fantasy movie “Jeon Woo Chi,” the drama of the same name stars Cha Tae Hyun and After School’s UEE as leads. Cha Tae Hyun will be playing the titular role of Jeon Woo Chi, who swallows a Gumiho’s bead, giving him Taoist magic. He uses his powers to seek revenge when he unexpectedly gets swept up in rescuing the people from famine and tyrannical government, becoming a legendary hero in Joseon. UEE plays Princess Hong Mu Yeon, the granddaughter of Hong Gil Dong and Jeon Woo Chi’s love interest. She’s placed under a dark magic by Ma Sook, played by Kim Gab Soo, who erases her memory, takes away her ability to feel emotions, and controls her.

Cha Tae Hyun lives a double life: Jeon Woo Chi, a mischievous wizard who pretends that he doesn’t have a care in the world. He also has a cover life as Ichi, a money-crazy and wimpy reporter, so that no one in town suspects him as Jeon Woo Chi.

UEE looks like an ice princess with her cold expressionless gaze.

Lee Hee Jun as Kang Lim looks longingly at Mu Yeon, hoping that she would love him back.

Frenemies Jeon Woo Chi and Kang Lim go head to head – fighting and flying all over the woods.