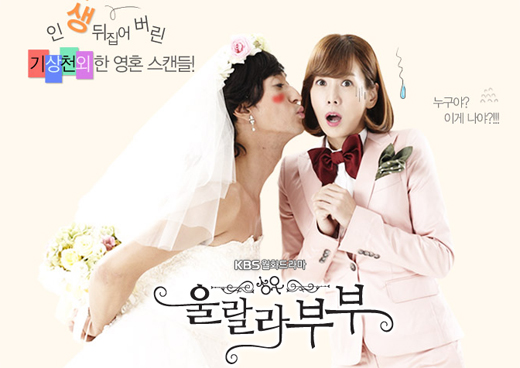 KBS drama “Ohlala Couple” will be airing two more episodes. The drama was originally scehduled to end its series on November 20 with a total of 16 episodes, but due to its popularity, it has been extended to 18 episodes.

An official of the production team said, “Even though the actors are tired, they agreed to extend because they have lots of love for the drama. The audience will therefore be able to understand the storyline a bit more clearly and enjoy it a lot more. ”

“Ohlala Couple” is based a married couple who have swapped souls and bodies, and later on begin to understand each other by experiencing each other’s lives. The drama stars actors Kim Jung Eun and Shin Hyun Joon.