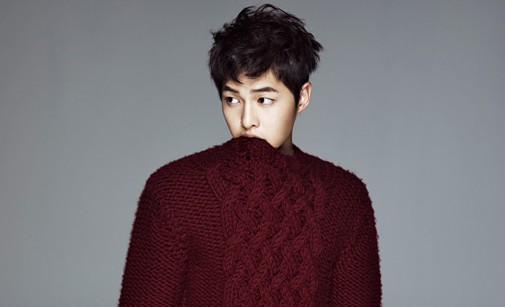 One of the hottest stars at the moment, Song Joong Ki has been chosen to be the cover model for the 100th issue of fashion magazine, “Singles.”

Song Joong Ki recently posed for a pictorial and sat down for an interview for “Singles” special 100th edition. Through this pictorial, Song Joong Ki gave off a mix of his two popular film and drama characters, Chul Soo and Maru. Song Joong Ki played Chul Soo in the film, “A Werewolf Boy.” Chul Soo’s character is wild and rough but innocent, which provoked many females’ motherly instincts. On the other hand, Song Joong Ki played Maru in the recently completed drama, “Nice Guy,” where he showed a bad boy image by using the one he loves to get revenge.

Furthermore, Song Joong Ki’s cool eyes with his slim face made his masculine scent come to life. It is reported that staff members, especially female ones, were astonished by Song Joong Ki’s diverse changes throughout the photo shoot.

Song Joong Ki’s pictorial that perfectly depicts images of a boy to a bad guy as well as his interview can be found in the December edition of “Singles” magazine.