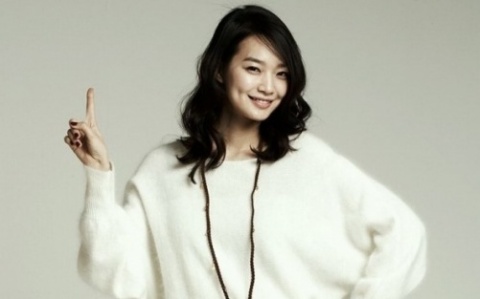 Netizens are voting between Shin Min Ah’s before and after photoshopped pictures online. The photos were taken at a CF shooting for an electronic sofa. As shown in the photo, Shin Min Ah wore a white blouse and short red miniskirt and looks stunning as usual.

The top picture of Shin Min Ah is a non-photoshopped version while the second picture has been photoshopped. The photos were published on several online communities under the title “Photoshop Is Useless for Shin Min Ah.”

According to netizens, many comments praised Shin Min Ah for looking the same, if not better without photoshop. Some comments included, “Shin Min Ah’s body shape in non-edited version looks more glamorous,” “What was the use of photoshop?” “Nothing much has changed,” “Photoshop screwed up the original picture!” and “Shin Min Ah looks too perfect for real that she doesn’t need a photoshop.”

Shin Min Ah
Arang and the Magistrate
KPLG
How does this article make you feel?