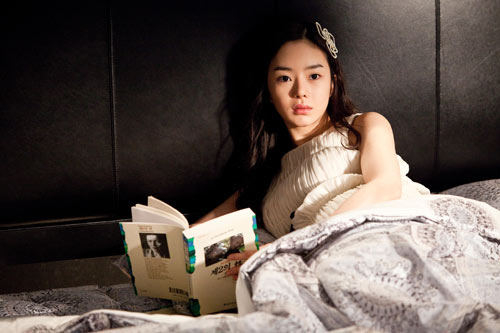 Actress Seo Woo showed her fighting spirit and a strong professionalism as she persisted on filming despite her injury from a car accident.

On November 20, her tvN drama, “Glass Mask” released official preview stills from the show, including some shots showing the actress in a neck brace. According to reports in local news agencies, Seo Woo met a car accident as she was on the way to filming “Glass Mask” on Friday, November 16. However, she showed her professionalism when she continued to finish filming even with an injury.

Seo Woo was taken to the hospital after the accident but she insisted on coming to the set to honor her commitment.

“There was a shock to my neck because of the accident and I’m currently in treatment for pain in my rib cage. But I’m stable,” Seo Woo said.

Although Seo Woo showed her strong spirit, “Glass Mask” will air special episodes in place of the 20th and 21st to allow the actress to recover.

Seo Woo
KPLG
Glass Mask
How does this article make you feel?