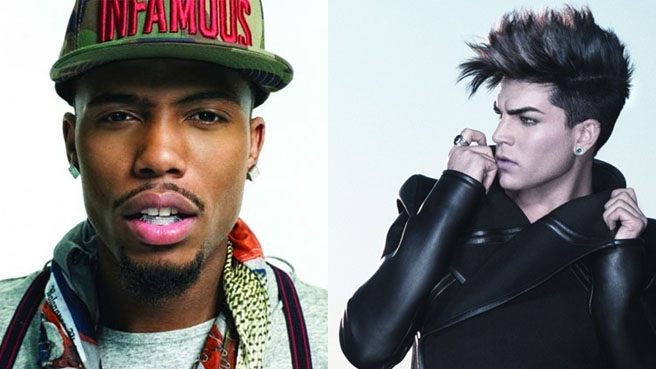 Director Shin Hyung Gwan of 2012 Mnet Asian Music Awards (MAMA) announced that world-renowned artists B.o.B, Adam Lambert, and Wilson Chen will be participating in the event on November 20 at MAMA 2012 press conference at CJ E&M Center. He commented, “Last year, Dr.Dre made a guest appearance at MAMA and set the tone, solidifying MAMA’s concept and identity. Under the idea of ‘bringing everyone together under music,’ we’ll try our best to bring the best performances.”

Adam Lambert is the runner up of popular US audition program “American Idol 8.” He released his debut album “For Your Entertainment” in 2009 and sold over 2 million copies in the world. He was also nominated for the best male vocal category of the Grammy Awards in 2009. He released his second album “Trespassing” in May 2012.

B.o.B is a popular hip hop artist and singer-songwriter, whose single “Nothing On You” instantly became a sensation immediately after its release in 2010. He released his album, “B.o.B Present: The Adventures of Bobby Ray” soon after the success of “Nothing On You” and topped the best selling album chart.

Willon Chen is a Taiwanese actor who has filmed more than 20 films and TV shows in China, Hong Kong, and Japan since his debut in 1999. In 2003, he was invited to various film festivals, including France’s Festival de Cannes, with film “Blue Gate Crossing.”

Director Shin Hyung Gwan also announced at the press conference, “Since Hong Kong is the hosting country, we are going to incorporate that unique atmosphere, music, and film of Hong Kong to MAMA 2012. We will bring together music of present and past, of the East and the West through MAMA.”

B.O.B
MAMA 2012
Adam Lambert
How does this article make you feel?