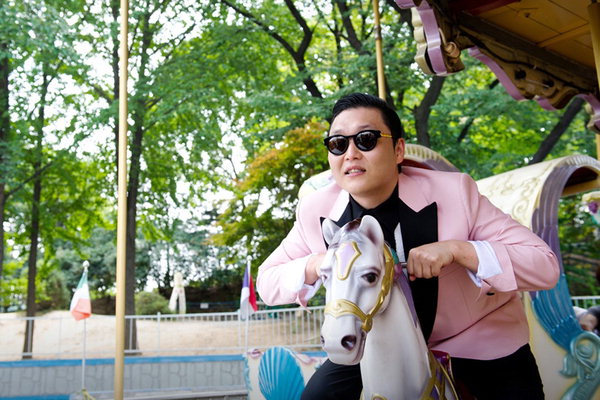 On November 19, PSY posted on twitter, “I checked Justin Bieber out and just found out that he’s perfect with my dance move!! lol” along with a picture he took with Justin Bieber. PSY attended American Music Award (AMA) on November 18 and met Justin Bieber and many other famous pop stars. The revealed photo on PSY’s twitter shows Psy smiling at the camera, standing next to teenage heartthrob Justin Bieber wearing his hat backwards, posing with his arms crossed, looking rather comfortable and casual.

At AMA, PSY received the New Media Award for his “Gangnam Style” sensation on YouTube and other social networking services. He also surprised everyone with a surprise collaboration stage with MC Hammer. Together, PSY and MC Hammer mashed up “2 Legit 2 Quit” and “Gangnam Style,” bringing together 1990s and 2010s on one stage.