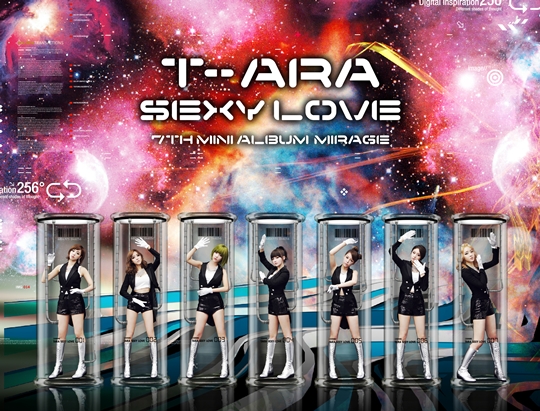 On November 14 on a Japanese Internet live show “Nico Nico,” T-ara members appeared as guests and shared their future plans with the fans in Japan. Though it was not planned, T-ara also showcased the first part of the “Sexy Love’s” robot dance to show their appreciation. This was immediately followed by the sudden increase in live viewer numbers to over 30,000. To this show of support and interest, the T-ara members enthusiastically thanked their fans.

During the interview, the MC admired, “You guys are so cool. When you aren’t dancing, you all have such cute expressions, but when you are dancing, you all really look like robots.” To this, Soyeon seemed embarrassed and stated, “This is the first time we have performed our choreography on live TV.”

At the end of the show, all the members made appreciative comments.

Eunjung stated, “We are still learning, but please continue to show your support,” and Jiyeon added, “We already miss you.” Hyomin then said eagerly, “We thank you for your unwavering support. We will work harder to show our appreciation.”

Areum continued, “We will continue to work like robots” and Boram said, “We will try to visit you like this as often as possible.” Finally, leader Soyeon concluded by saying, “Please love our new song ‘Sexy Love.’”