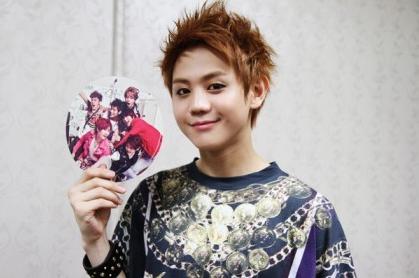 In the image, Yang Yo seob looks sharp in front of an antique themed background. He is wearing suspenders and a jacket thrown over his shoulders. He is also holding a cup of coffee and eyeing the camera coolly.

“Caffeine” will be Yang Yoseob’s first solo work. The song is said to have a lyrical melody and stylish arrangements, put together by Yang Yoseob’s emotional and smooth voice. His fellow BEAST member Yong Jun Hyung and composer Kim Tae Joo produced the song that will have a sweet sound like the scent of coffee.

Yan Yoseob’s solo album will be called “The First Collage” and it is produced by Yong Jun Hyung. They released the other titles recently which you can read about here.