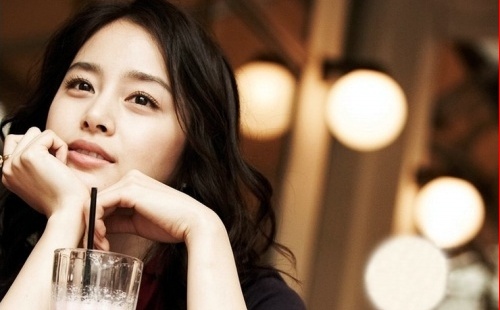 A past picture of actress Kim Tae Hee posing in front of numerous colorful underwear has been posted on an online community webpage under the title, “Kim Tae Hee sponsored an underwear brand?”

In the picture, the actress has her hair tightly up and is flashing a shy smile to the camera. Many of the underwear seem to have been from a designer’s and some netizens question whether she is sponsoring a particular underwear brand.

Comments from netizens include, “A happy picture of a goddess,” “Her face stands out even through all that beautiful underwear,” and “Wow, a sponsorship for an underwear brand.”

Kim Tae Hee is currently cast to star in the SBS drama “Jang Ok Jung, Live in Love” that is due to start its broadcast early next year.