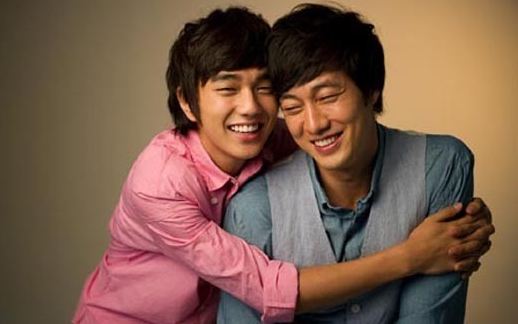 Yoo Seung Ho, who debuted as an actor at the tender age of 7, was nicknamed little So Ji Sub during his rookie days for his resemblance to the older actor. They have filmed quite a few CFs together for their similar looks, a somewhat similar craze little PSY is experiencing making appearances in shows all around the country and broadcast stations because he’s dubbed as “little PSY.”

Now that he has successfully transitioned from child actor to adult actor with his latest role in MBC’s rollercoaster drama “I Miss You,” the public has a renewed interest in how he would resemble So Ji Sub since he has physically grown.

Can you tell who is who from the pictures below?

So Ji Sub
Yoo Seung Ho
KPLG
How does this article make you feel?