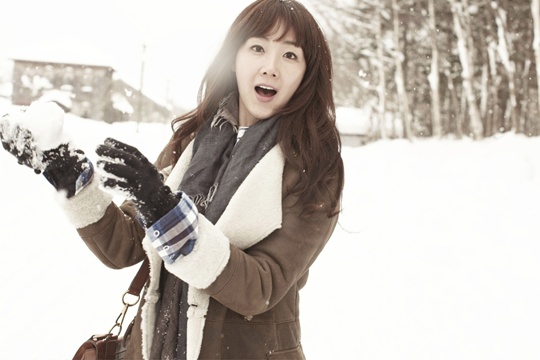 On November 22 on the official homepage of “O’live TV,” exclusive childhood pictures of actress Choi Ji Woo were revealed. Though a few pictures of her high school days were available on the internet, Choi Ji Woo has never voluntarily released her childhood family photos before. However, as a new hostess for the upcoming cable TV show “Choi Ji Woo’s Delicious Korea,” this was her way to approach the viewers.

An official from this show stated, “To celebrate D-1 before the first episode, we decided to release Choi Ji Woo’s childhood pictures. We expect a lot of interest from her fans. The pictures were taken mostly from her hometown of Busan, and she looked beautiful even as a child. Please watch the first episode as it will be an ultimate opportunity to share Choi Ji Woo’s past memories and also her present situation.”

Netizens who saw these pictures replied, “She hasn’t changed at all,” “She has always been a beauty,” “This girl grew up to be a huge star,” “Her brother looks handsome too.”