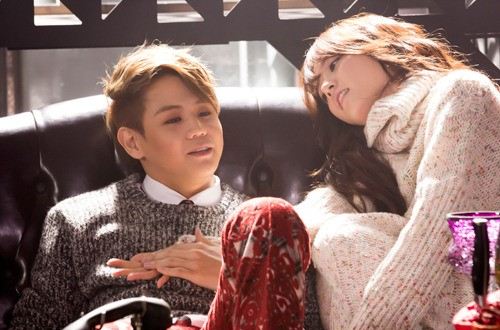 On November 23, BEAST’s Yoseob revealed still cuts of his upcoming music video “Caffeine.” The full music video is scheduled for release on November 26.

The still cuts show the BEAST vocalist in intimate scenes with actress Song Ha Yoon. In one of the scenes, the two idol stars are seen wrapped in arms, close to giving a kiss to each other. In other cuts, they are seen holding hands or giving lovely gazes, making fans curious about the actual story line of the clip.

“Caffeine” is the title track of Yoseob’s solo debut album. The song is about the feelings you feel after ending a relationship that was as addictive as caffeine. BEAST’s rapper Yong Jun Hyung wrote the song and lyrics, while giving his rap feature as well.

Stay tuned for the release of the MV on November 26!