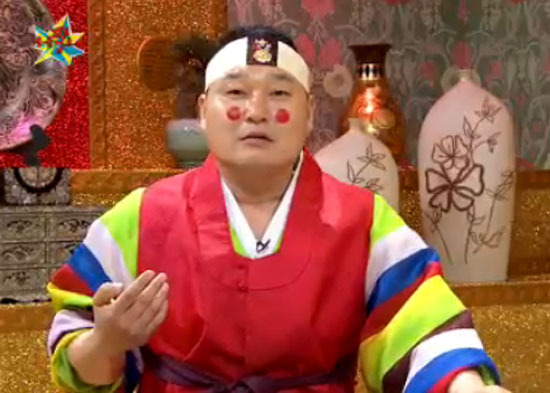 Fans included cheerful messages to their 100kg of rice that read, “We’ve been waiting for this day. The King ‘Knee Slap Guru’ Returns,” “We Waited, We Remember, The Tiger-like Roar,” and “The King of Variety Entertainment, Let the Tiger Roar Again.” The rice from Kang Ho Dong’s fans will be donated to Kang Ho Dong’s choice of charity organization, “Bab For,” to help people in need.

Previously, Kang Ho Dong’s fans donated 100kg of rice on his return day to SBS “Star King,” donating total of 200kg to “Bab For” to celebrate Kang Ho Dong’s return. 200kg of rice could feed a meal to approximately 1,660 children in need. Moreover, fans’ donation of rice was made through a non-profit organization “Star Mi,” which give back 70% of profit made from their rice sales to the society, maximizing the effects of the donation.

Meanwhile, Kang Ho Dong will be joining his original member, Yoo Se Yoon, and a new cast ZE:A‘s Hwang Kwanghee for the new “Knee Slap Guru.” The first episode of “Knee Slap Guru” will be airing on November 29 at 11:15pm KST.