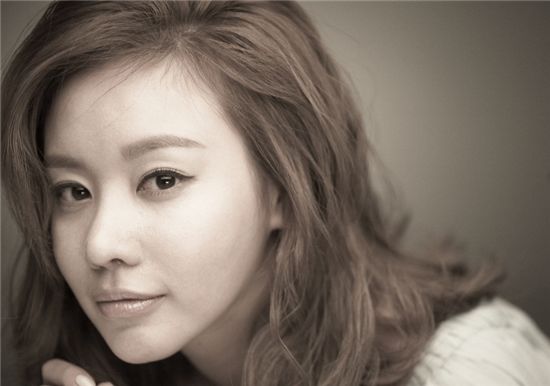 Actress Kim Ah Joong‘s recent “Bazaar” pictorial highlighted her alluring charms. The concept of this pictorial is the “secret search for Kim Ah Joong’s sexiness.” It was held at a hotel in Seoul.

Kim Ah Joong showed off her charms and displayed her experienced photo shoot skills by using basic props such as the walls, the floors and curtains. Every single cut showed off her various attractions.

In the interview that followed the photo shoot, Kim Ah Joong shared her honest feelings about various things such as the reason behind choosing her most recent film, her time off from working, her thoughts on dating, and more.

Kim Ah Joong will make her come back to the big screen through the romantic comedy, “My PS Partner.” Kim Ah Joong plays the role of Yoon Jung, who feels like she isn’t loved enough by her boyfriend. Her boyfriend will be played by Ji Sung and there are high expectations of the chemistry between the two the warm up the cold season. The film will hit theaters on December 6.

Harper's Bazaar
Kim Ah Joong
My P.S Partner
KPLG
How does this article make you feel?