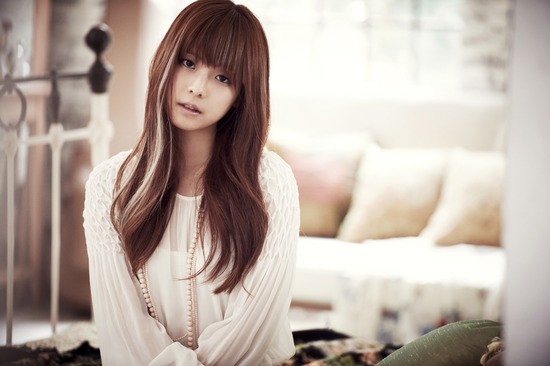 Rookie singer Juniel concentrates on the music. The singer, who recently came back on the music scene with her second mini-album “1&1” sat down with local news agencies for an interview while in the waiting room of KBS’ “Music Bank,” her first music show comeback appearance.

“It’s flattering, but I’m not greedy,” Juniel said of her current standing as a Rookie of the Year nominee for the 2012 Mnet Asian Music Awards (MAMA) against Ailee. “I’m glad fans are cheering hard for me and voting. I very much appreciate that. But to make it as a goal to win is not my ambition, and so fans should vote as they please. I love to write music and to share my songs is already good enough for me.”

Juniel has also often been compared to IU, in terms of their music and their appeal to “uncle fans.” Some industry observers have remarked that IU’s unexpected issue with Super Junior Eunhyuk has worked in Juniel’s favor.

“The situation (IU’s photo) is actually very regrettable,” Juniel said. “However, it doesn’t have anything to do with her music nor with mine, which is why I don’t put much importance in it. I hope artists will be able to do their music and be appreciated for them. Right now, what fills my mind is the music I want to write.”