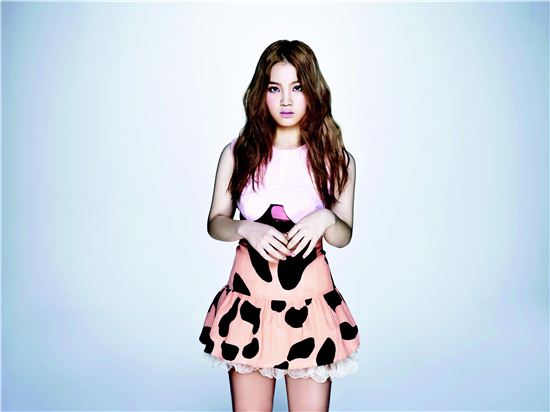 It is a quiet week on the chart with very little movement in the top 10. The top three songs remain the same as last week. Lee Ha Yi’s “1,2,3,4” has an even better score than last week as it remains No. 1 for the second straight week. While “1,2,3,4” remains a clear cut No. 1 song this week, Lee Ha Yi has already released a new digital single “Scarecrow” that will sure be a hit soon. Looks like YG Entertainment is really pushing her hard to make a late run on the best new artist award this year.

Holding steady at No. 2 and 3 respectively are still Ailee’s “I Will Show You” and K.Will’s “Please Don’t…”. Even though they are quite far behind “1,2,3,4” in scoring, these are the only two songs scoring in the 800’s this week.

There is only one new song in the top 10 this week. Moving up 11 spot to No. 6 is ballad group Noel’s latest hit “Things That I Couldn’t Say.” Noel resurrected their career last year with “I Miss You”, reaching No. 3 on our chart. A year later, the group is releasing their fourth album “Time For Love.” The title track “Things That I Couldn’t Say” is a number composed by Choi Gyu Sung. It has classical real acoustic piano melodies overlaid with the sound of wind and falling leaves to match the upcoming cold weather. The song holds lyrics about breakup.

It looks like all major albums and songs have been released for the year end award purposes and most of the categories are taking shape. Be sure to check out our annual Soompi Gayo Awards at the end of December. The nominees will be announced in mid-December.

Kim Jong Kook was probably the most popular male soloist for many years of the last decade. He started his career as one half of the popular duo Turbo. After the group’s break up, Kim Jong Kook became a solo artist. His first album did not fare too well. It was not until the follow up song “One Man” from his second album in 2004 when he switched from dance to ballad genre that his popularity begins to rise. His solo career reached a climax in 2005 with his third album that produced three hit songs and he swept the Daesang awards from all three major TV networks.

“Today More Than Yesterday” was the title song from his sixth album in 2008. It spent two weeks on top of our chart, including this week four years ago. This song is tailor made for Kim Jong Kook’s trademark ultra high pitch voice, one of the most unique voices in K-Pop.