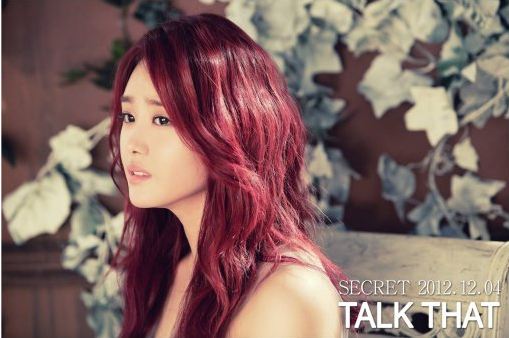 Secret to Return Next Month with “Talk That,” Reveals Ji Eun’s Teaser Image

On November 26, Secret revealed the first teaser of Song Ji Eun for their comeback track, “Talk That,” which is set for release on December 4.

“Secret will make their first comeback in three years next month with ‘Talk That,’ produced by Shinsadong Tiger,” TS Entertainment said in a press release.

In the teaser image revealed today, Song Ji Eun gives a sad, teary expression with falling leaves in the background, which gives a contrasting romantic flowery image. TS Entertainment said teasers for each of the Secret members will be released until “Talk That’s” official release date on December 4.

Secret
Song Ji Eun
KPLG
talk that
How does this article make you feel?