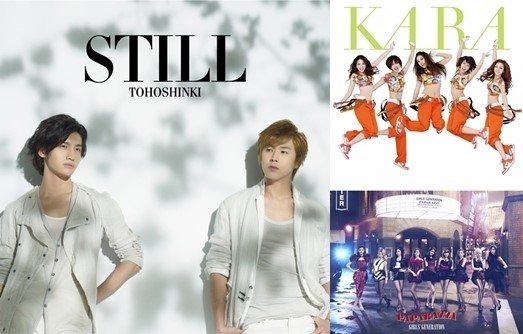 K-Pop artists will not be performing at this year’s “Kōhaku Uta Gassen”, a special New Years Music program in Japan, and some are wondering if it has anything to do with the Dokdo controversy between Korea and Japan.

“Kōhaku” on NHK is one of the top three largest music festivals in Japan, and only the year’s top artists get to perform. While last year DBSK, Girls’ Generation, and KARA all participated in the music program, this year none of their names made it to the list of participants.

According to Nikkan Sports News “It has been decided that DBSK, Girls’ Generation, and KARA were not chosen this year [for Kōhaku]. Although the three were active and popular as last year, it seems that the officials at Kōhaku made the decision considering the Dokdo controversy.”

The Dokdo controversy has been a sore spot for a lot of Korean celebrities. KARA has had trouble despite their popularity in Japan and some celebrities have been labeled “Anti-Japanese” for voicing their opinion on the territory. It’s unsure when this dispute will end, if it ever does, so it may continue to have a role in the relationships that K-Pop artists have with Japan.